Posted on May 2, 2013 by Ald Leave a comment
Open beta, which is essentially a soft launch of sorts, is upon us.  While I’m still not sure i even enjoy the game, i thought I’d get a head start in leveling in hopes to avoid the crowd.  Oh how i underestimated players willingness to jump all over anything new.  After a 2 hour queue, which should have been expected honestly, i jumped in and got going.

Simply by accident, i swear,  i managed to create a rogue that has an uncanny resemblance to a 40-year old Cloud mixed with a little bit of Wolverine.  I know it sounds silly, but tell me he doesn’t! 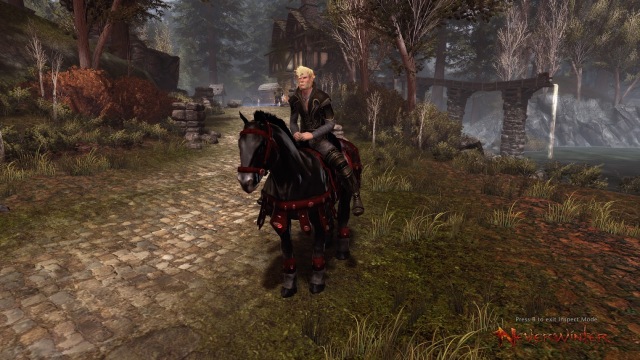 A quick glimpse into the starter area from a trickster rogue point of view.  Let’s see just how terrible i am!
The process to create a guild is rather annoying with it’s requirements.  I’d have preferred a simpler solution to get players together faster and going on their merry ways.  The absolute worst aspect of the game by far is it’s lack of any mentoring or level sync option.  You’d think a game based on dungeon crawling would make this feature a top priority considering it’s already there in a form of mob scaling inside foundry quests.  Very disappointed so far.