Two years and 4 months after my initial level 50 ding in Rift, I’ve reached 60.  I just love that word “ding”, it just has a ring to it.  Wow, that was terrible yet I’m going with it.  I can’t believe it’s been so long honestly because it sure doesn’t feel like Rift has been out that long.  I’m sure it’s due to my lengthy hiatus from the game because of GW2, among other things.  Regardless, i decided to spend the week going 50-60 while i wait on phase 4 of FFXIV.  Amazingly enough, it took me just that long for my initial 50 levels.  I took my time this go around and avoided all dungeons and just focused on quests and exploring the new zones.  What to do now?  Probably uninstall for a while again!

The first thing i did upon my ding was spend all of my cash shop currency that i accumulated during my year as a member, which Trion graciously saved up for me.  It’s no surprise that i decided to go with an armor set for my rogue that looks like a cross between a space cowboy and bounty hunter.  Those being my favorite two guilty pleasures in the fantasy/sci-fi realm. 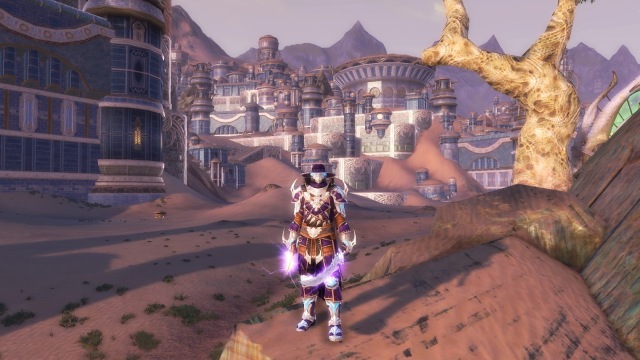 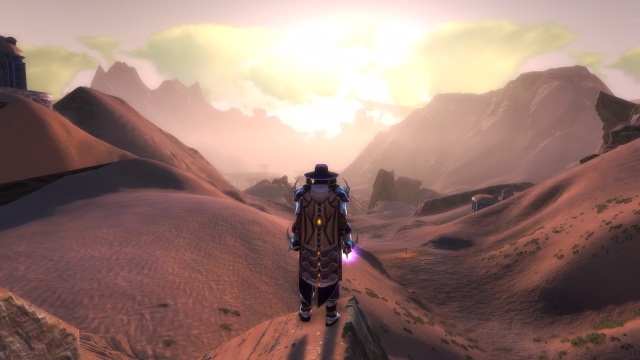 My last purchase came in the name of convenience, which happened to be a mount.  Not just any mount, but a freaking armored panda mount.  Trion’s obsessed with taking pokes at Blizzard i suppose.  Anyways, the selections were limited in the 150% movement speed department, which is the current fastest speed.  I went with the best looking one of course.