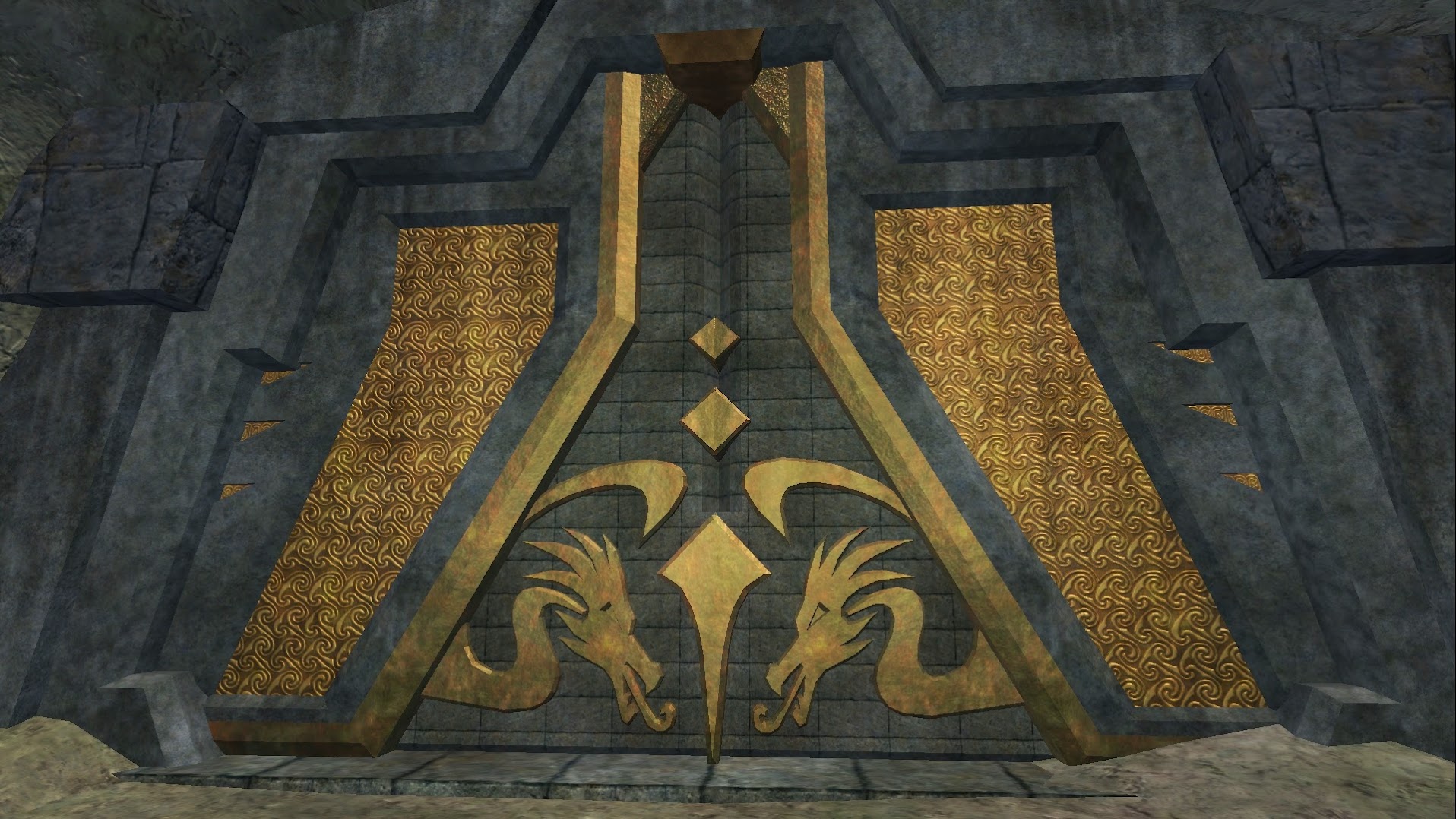 If the EQ Next reveal did anything for me, it had me hopping back into EQ2 for a few days.  Despite never having a max level character, there’s just something about this game that always has me hopping back on from time to time.  It’s usually the fantastic housing system that gets me but this time it happened to be a few public dungeons.  I love them despite their obvious limitations when it comes to providing every player an opportunity.  I enjoy seeing other players out in the world instead of sitting in town or in some instance separated from everyone else.

I hopped on my 75 Shadowknight, which i absolutely love with a passion, and headed to Sanctum of the Scaleborn for some exp.  The dungeon itself being level 65’ish allowed me to chronomage down for the first time.  Yet another mechanic i love which is essentially a solo level sync option.  I really had no idea what to expect with this being my first time trying to solo a heroic public dungeon.  I’m sure my terrible FTP gear and skill options didn’t help either, but my class made up for any shortcomings.  SK’s are just ridiculous solo tank and AoE machines with tons of life leeches.

After getting the hang of things, i headed over to my proper level dungeon in Palace of the Awakened.  The general consensus was that this would be the best place to solo grind at my level.  While that seemed to be the case, i found myself more interested in exploring the layout than anything else.  I really enjoy the wall climbing aspect of all things!  After clearing my way to the top floor, i was greeted with a little surprise at the end.

All in all, i really enjoy the public dungeon aspect of the game.  I’d love for this system to be made at least an option in future MMO’s.  I’m also realistic and understand this cannot be the main concept of dungeons moving forward as it would be abused to no end.  It’s still a nice option that I’d like to see in every “zone” as an alternative to solo questing and instanced dungeons.  Call it an elite are or heroic area if you will but incorporate it into my game.