You Shall Not Pass 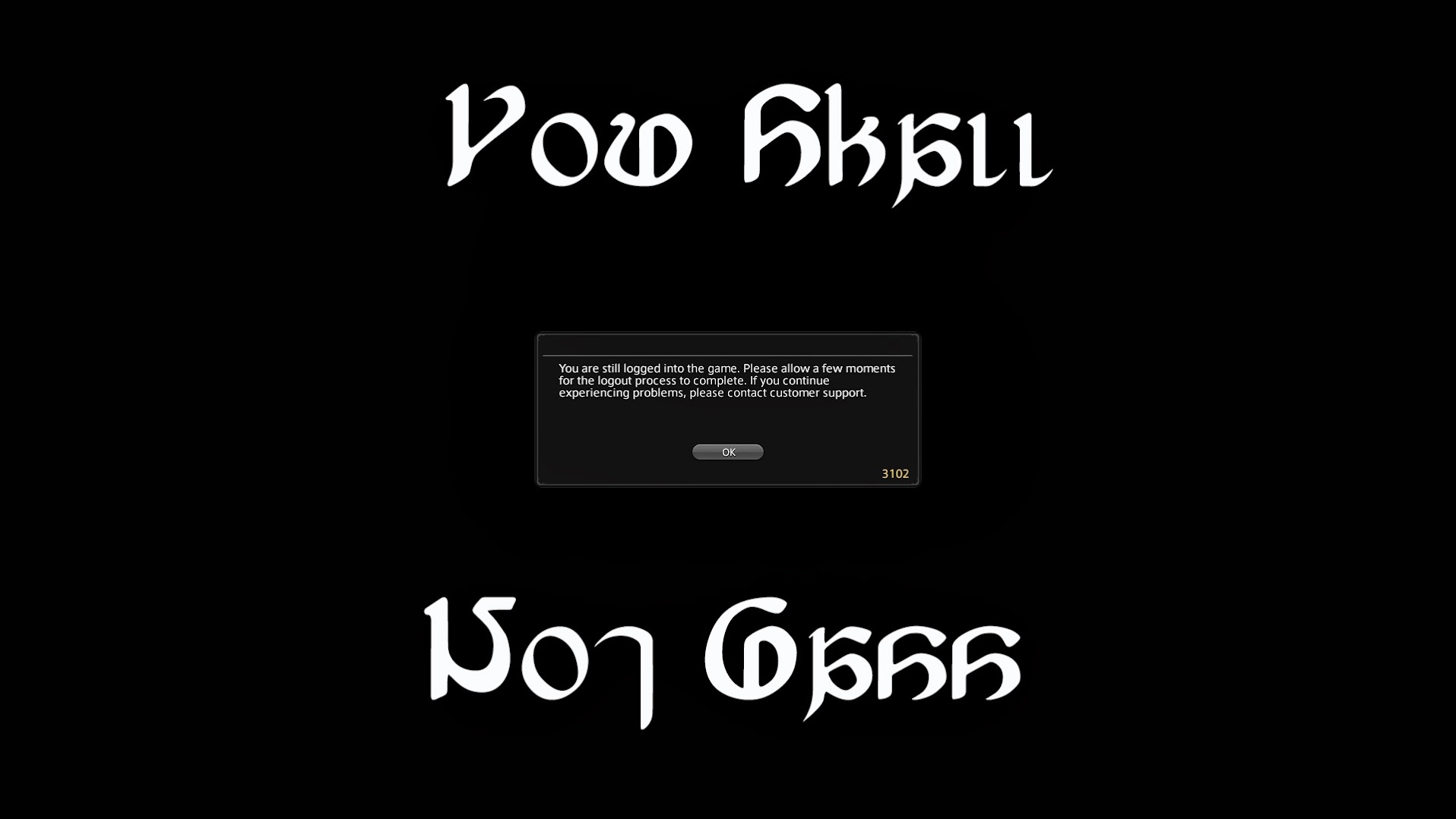 I, along with most of my community, were hit with the dreaded 3102 and 90000 error.  While fortunate enough to not be hit with this until late Saturday night, a lot of our players have been less fortunate.  I did manage to hit level 20, which is the cap, on my Marauder before i went boom.  We completed the first three dungeons and were on our way to the Ifrit battle when the dreaded error occurred. That’s what beta is for i suppose so it’s not a big deal to me.  Beyond this issue, i do have a few other ones that bug me.
Despite what some people are saying, there really is not enough content to get players to the first dungeon level beyond their first class.  I should say, there really isn’t a non-boring and grindy way.  FATE’s will get you there if there’s are a lot happened constantly, which depends on the zone and population.  Hunting logs, which are fine as a supplementary form of exp, really stink as a required way to level.  I have fun doing stuff like that for achievements and bonus rewards, but i have no fun doing them for needed exp.  Leve’s, or dailies, are what they are and have a limit of course.
My second class hit level 10 rather quickly with the 50% bonus i received from my first class.  That’s pretty much when i hit a wall and had no quests or leve’s left.  Well, i planned on saving the 3rd city quests for my 3rd class, so i could have done those but that would have just caused the issue to wait a day.  I can manage running around doing hunting logs and FATE’s but i fear the average player will not.  After a point, say my third or forth class, i don’t think I’ll enjoy it either.
There just needs to be something more in this level area to get players to level 15 and the dungeons a bit more efficiently.  More regular quest hubs are not the answer as I’m so tired of them.  What the game needs is more diverse events, similar to GW2, happening constantly.  I loved leveling in that game mostly because it didn’t feel like leveling at all.  It was just fun.
It’s either that or what i would prefer is elite or heroic area out in the world where i can take a party and go level old school.  Put one of these on every map and lets the players have more options.  While i understand most newer players probably won’t use this option, i would personally be all over it.  It’s all about options and FFXIV needs more currently.