Sword of the Bloodmoon 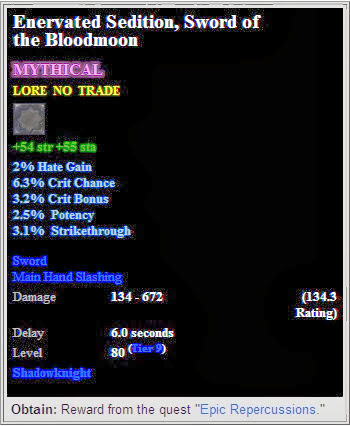 Shortly after completing my Sedition, a few of us began work on the Epic Repercussions quest chain to upgrade our fabled weapons to the mythical versions.  Little did i know that the quest i just completed to obtain the epic weapon itself can be completely bypasses now before the upgrade.  Something i wish i knew before all the time spent doing the first part but i digress.  While these weapons are essentially just for looks at this point, the buffs that come with them are the reason for doing the chain.  They seem pretty ridiculous to me. 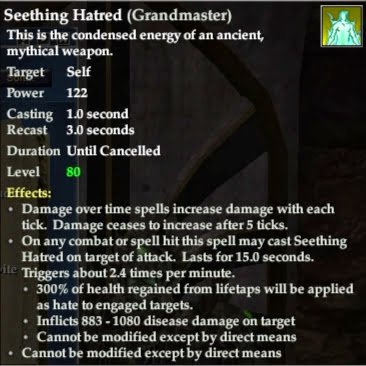 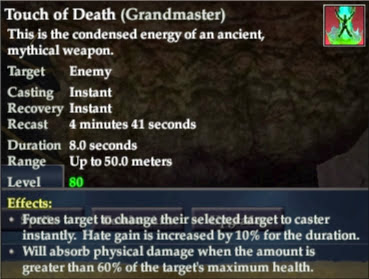 It amazes me how much fun doing quests like this can be when you actually get to run dungeons with friends instead of running around solo for hours doing prerequisites and all the back and forth stuff.  We got our butts kicked for a few hours having to rely on my healer mercenary to keep us alive, but it was tons of fun. The end result was a glowing red sword to match, well, nothing else on me! 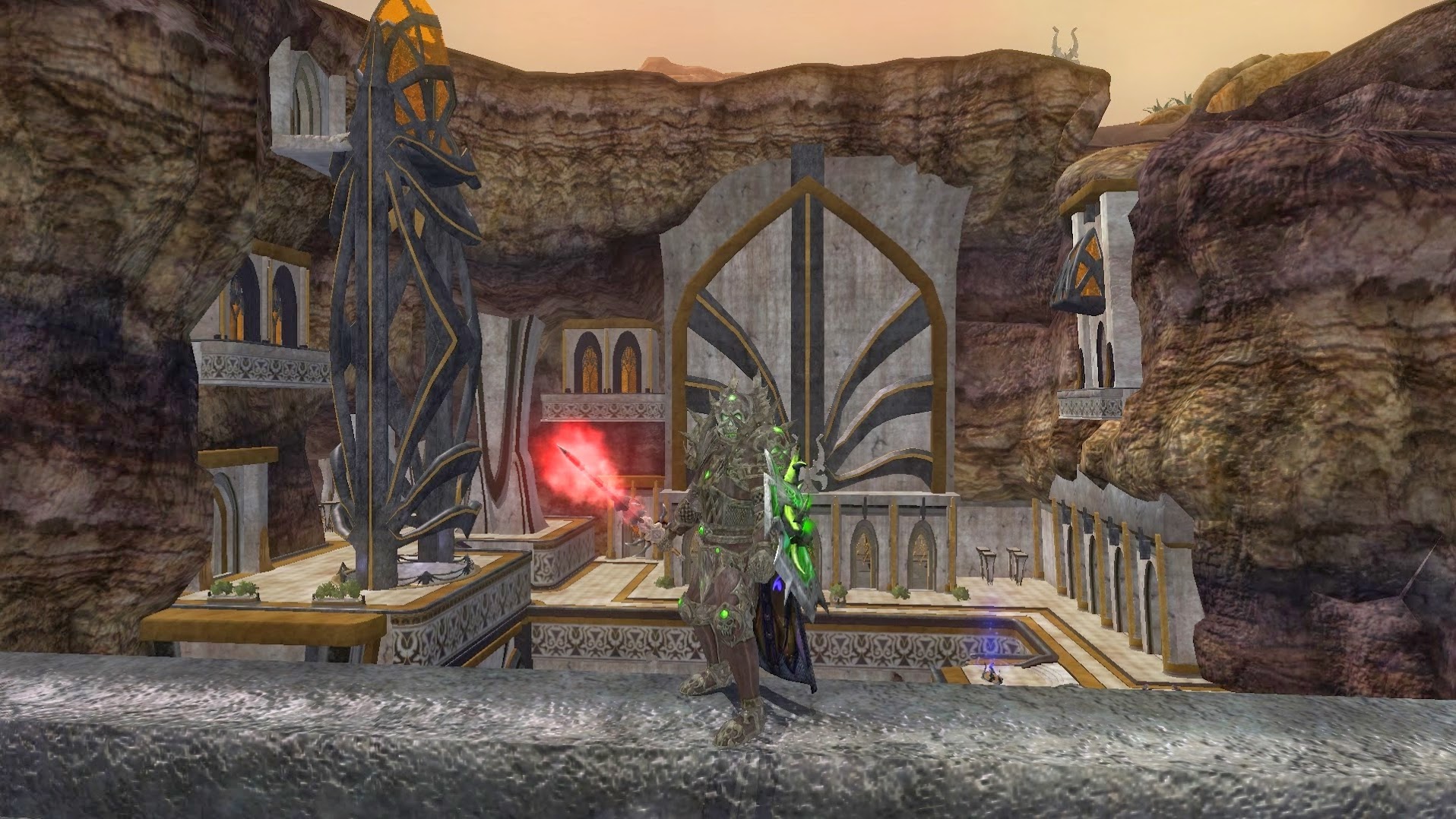 Also as part of the reward, along with the sword and abilities, came a sword model to toss up on the wall in my house.  Now i need some books to go with all those empty shelves. 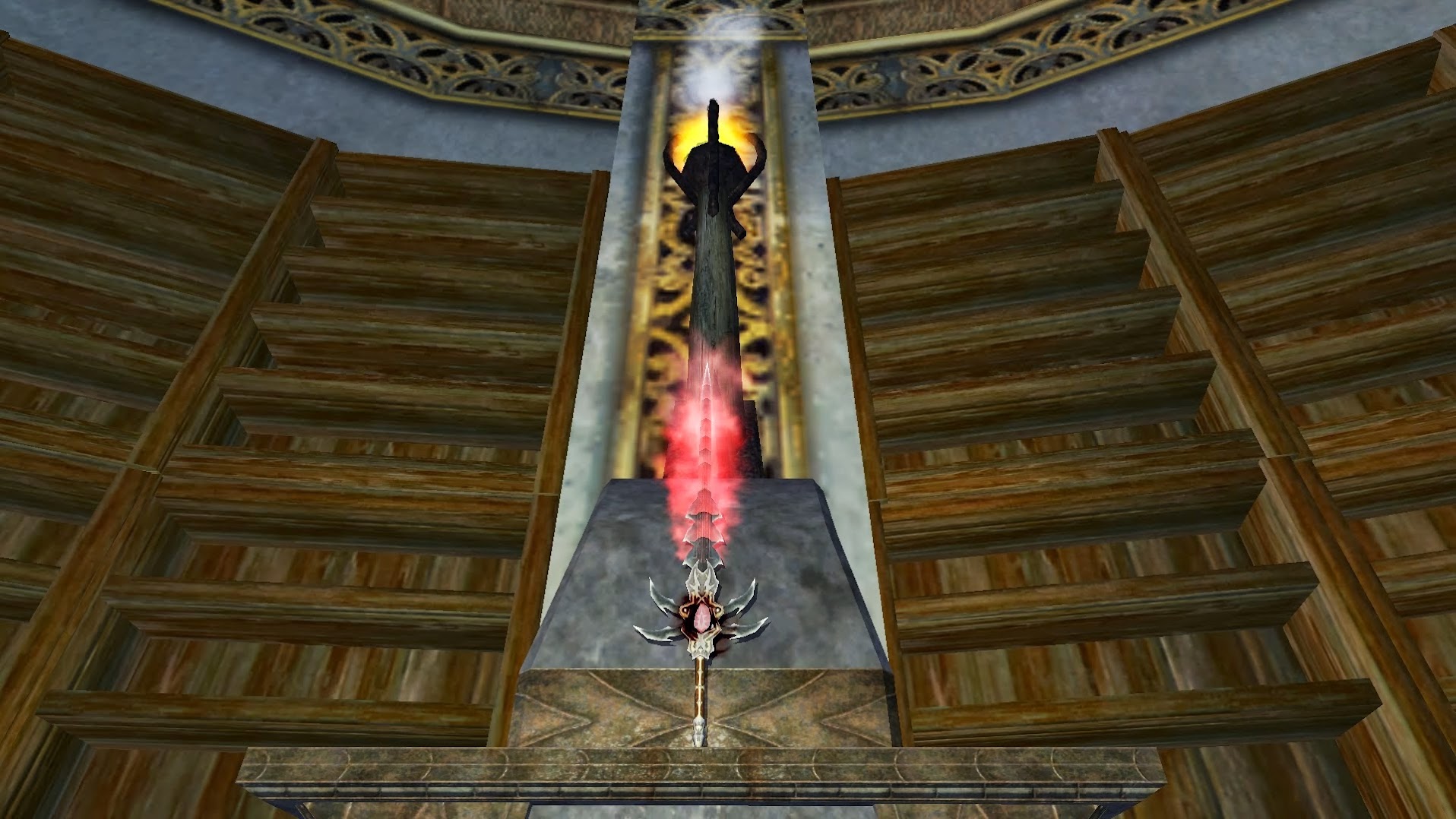