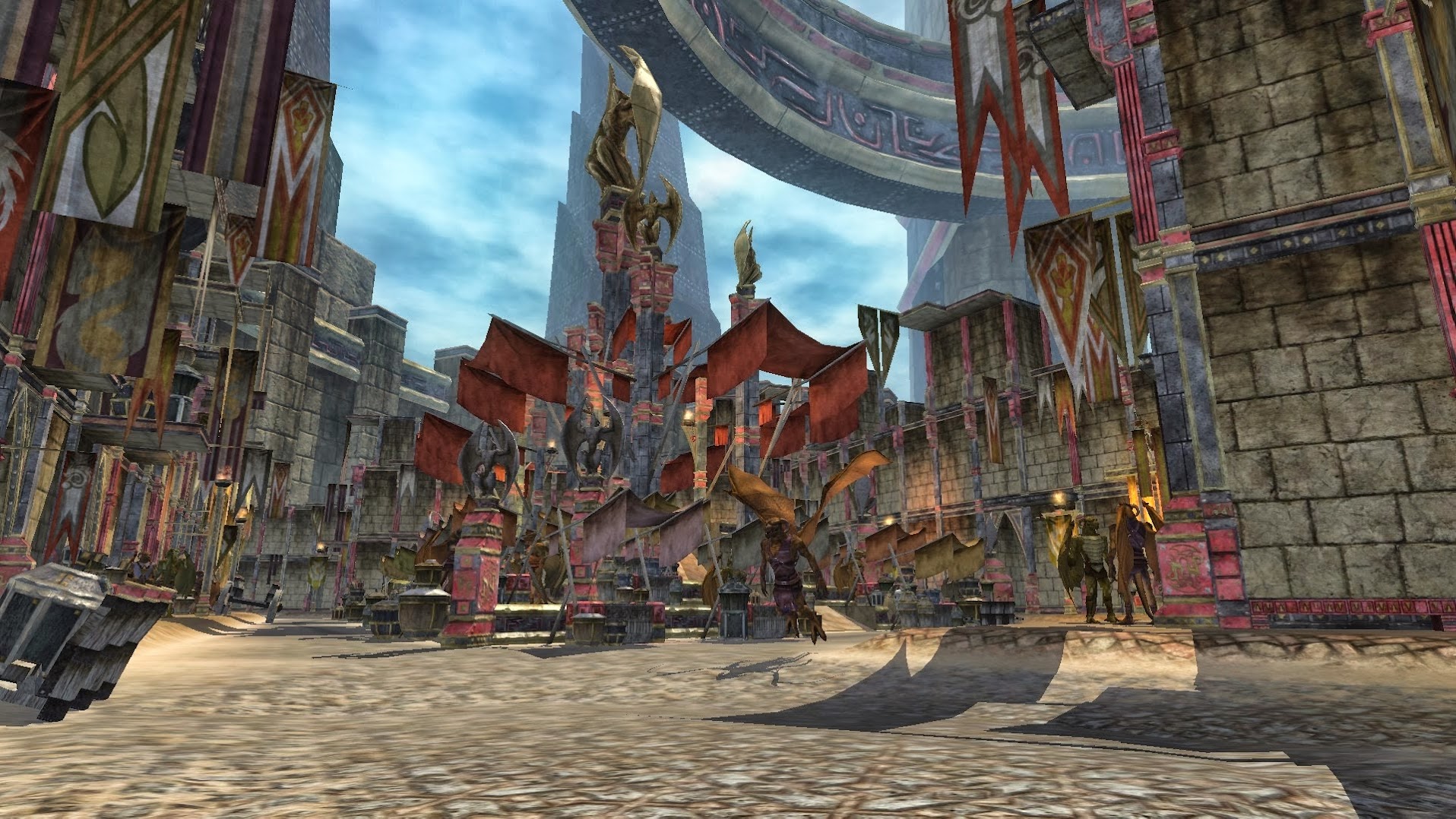 Upon hitting 92 and having my fill of Withered Lands, i headed up to Skyshrine for the first time.  I began my experience with the zone by getting my butt whooped almost immediately by a three pack of heroic mobs.  After of few hours of the same stubbornness, i gave up trying to solo and headed back inside the safe zone.  Luckily there were three solo instances to run for gear upgrades, which i probably needed before trying to solo there.
These instances were basically solo versions of the same public map i was trying to solo on but much easier.  In all honesty these are probably way too easy but they seem like a quick way to possibly gear up for other content.  I did manage to die by not knowing what to expect ahead of time mechanics wise but that was half the fun.  Hopefully i didn’t embarrass myself!