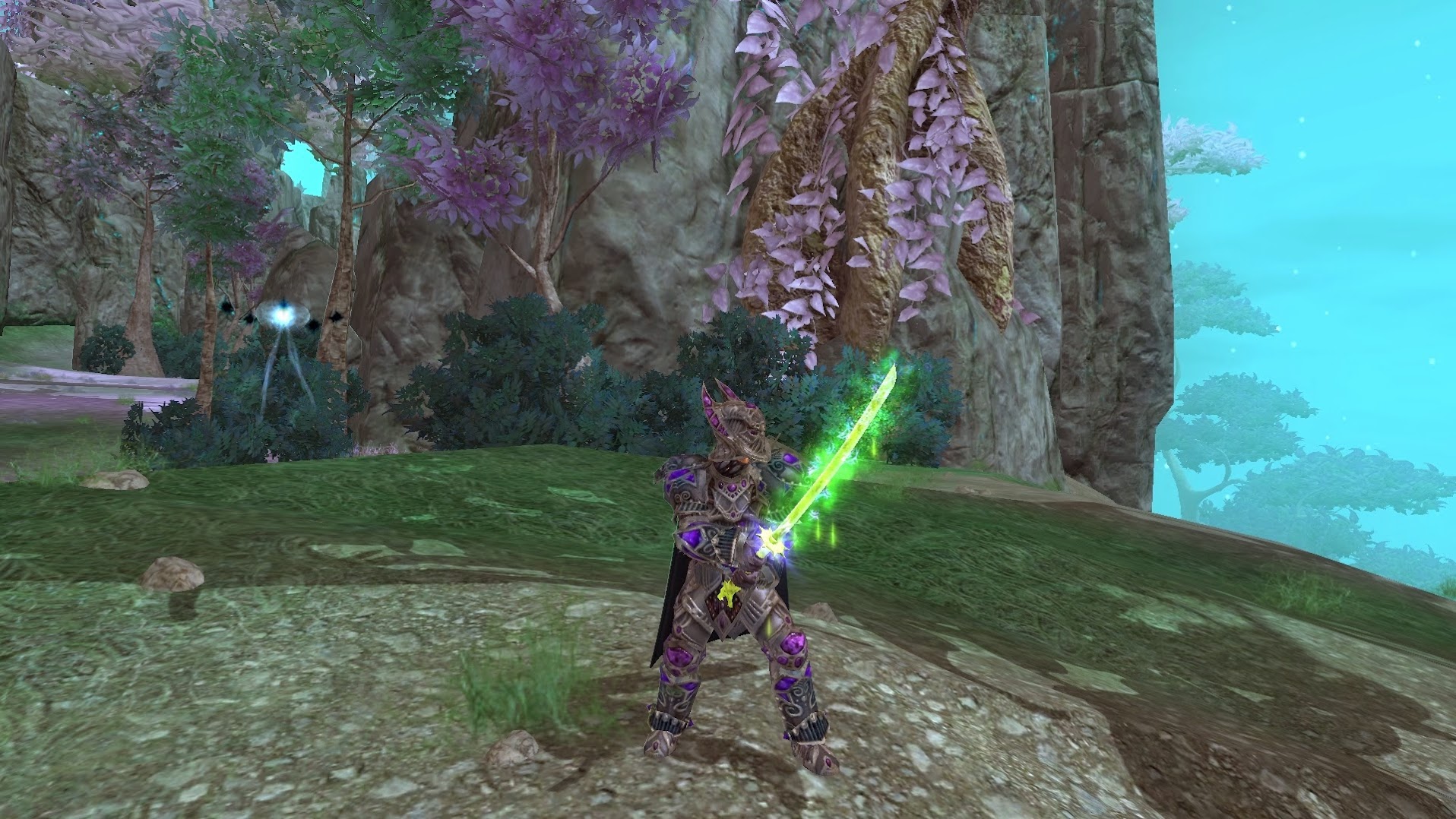 It’s official.  I’m now a Shadowknight Samurai after completing the new armor quest chain in Vesspyr Isles. That along with my katana pushes me over the top of ridiculousness.  I love it though so all is good.  Speaking of ridiculous – the stat explosion in this expansion is just that.  I went from 70,000 HP to close to 400,000 in full tank gear.  It’s absolutely crazy across the board mob wise as well.  Time to start working on the new advanced solo zones for yet more upgrades.
Also hurray for another new mount from the quest chain as well.  It looks sort of creepy instead of badass or scary but a free mount is a free mount.  Fear the samurai on the back of the froglizardbat flying above your head! 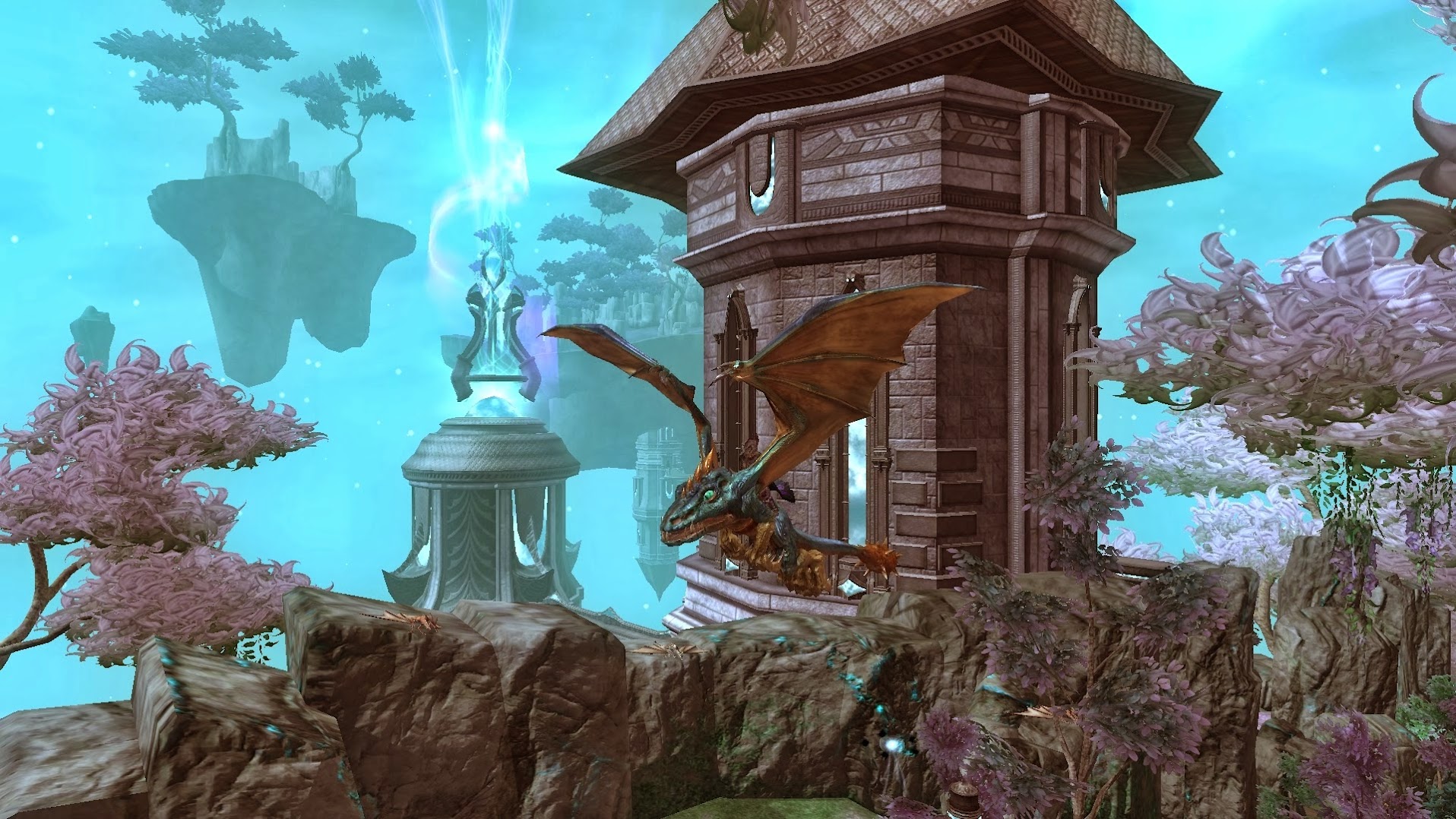