Posted on November 28, 2013 by Ald Leave a comment
At one point i considered myself the biggest anti WoW advocate there was, despite never giving the game a chance.  It was around three years ago that i was talked into giving the free trial a go for the first time but i could never get over the art style.  I’ve always preferred the eastern art direction to MMO’s and still do really.  Of course those games tend to suffer from an all style and no substance approach that never seems to last.
Well today i did something i said i would never do.  I’m giving WoW another crack and actually leveling past 5 this time.  Blizzard has a black Friday sale going on for $4.99 for the full game and $9.99 for MoP.  I figured for 15 bucks, how could i go wrong?  If anything i get 30 days worth of entertainment for for that low price.
Unfortunately for me, the class i really want to play is unavailable until i get another class to 55 first.  I’m speaking of Death Knight of course.  Coming from Dark Knight in FFXI and onto ShadowKnight in EQ2, the class and play style really fits what i enjoy.  For now i selected a Hunter to level until i hit that magic level where i can swap over to DK.  Hopefully i don’t embarrass myself on the way!
I almost never play a female character unless it’s a Korean MMO.  You’re almost required to in those games since 95% of the playerbase seems to play them and, in all honesty, they look really good.  I rolled a female human for now until i can go human male for DK.  Yeah yeah – I always play as a boring human since none of the other races really ever appeal to me.  Here’s to hoping i make it to 55. 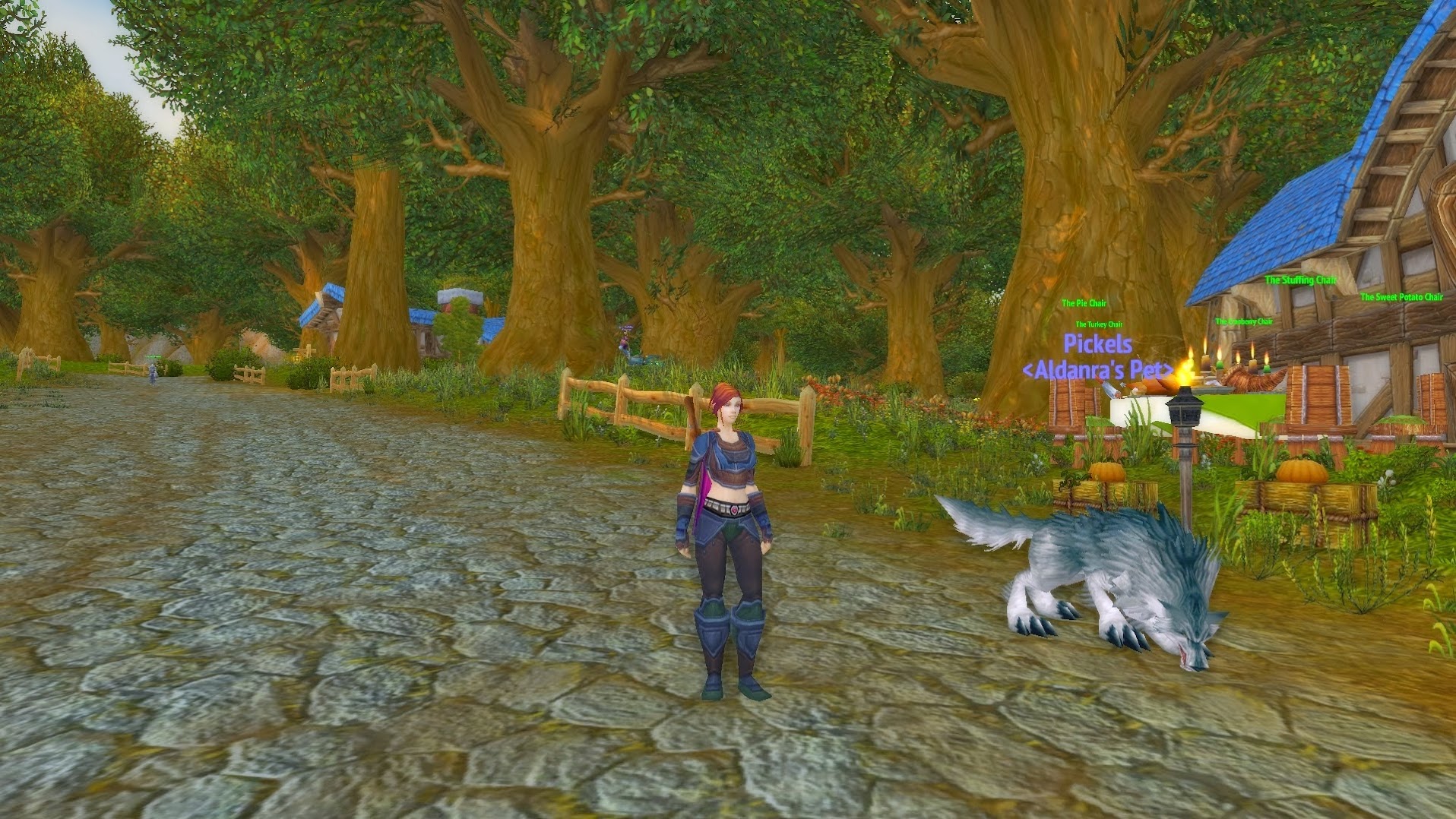