The one time oQueue doesn’t let me down or crush my soul into complete nothingness, something wonderful happens.  After countless terrible groups filled with players that rage quit after one wipe, i was lucky enough to find a level headed group to get my first Garrosh Hellscream kill on normal difficulty. Ironically enough it was the 25-man version instead of the 10-man version that i complete first.

Usually the larger version breaks out into a cesspool of nasty name calling and blame game nonsense that inevitably ends early due to a lack of suitable replacements.  Not this time though!  While i got a new fancy title and mount out of the kill, the real reward was finally downing the bastard.  I’m not sure if the heroic version is ever going to happen since i don’t really have a guild, but i’ll sure as hell try once my gear improves.  For now i feel relieved. 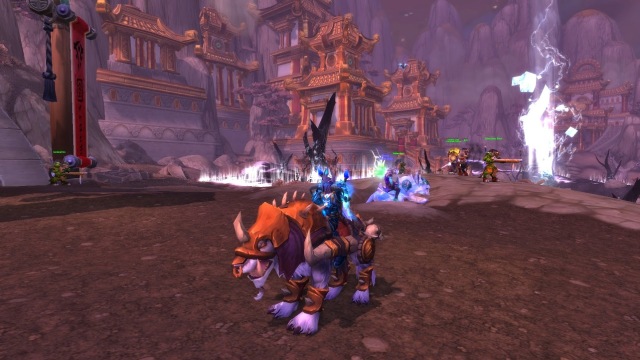