Skip to content
I normally have absolutely terrible luck when it comes to opening salvage crates. I never get anything worthwhile out of them other than follower armor/weapon upgrades. I must have opened thousands of those suckers by now across my four characters with not much to show. My normal routine is to speed click through them so i can vendor all the junk and move along my way. I honestly stopped paying attention to this process altogether. My bad luck is legendary when it comes to RNG in MMO’s.

Well that finally changed for the better. I received my first piece of actual epic loot from a crate. What’s even nicer is that i can actually use it as an upgrade, let alone for transmog purposes later down the road. After my initial amusement, i began thinking about something i would have never thought about before. Do i keep it and use it or do i sell it and pay for my next months subscription?

Granted the reason i never thought about this option before is that it didn’t exist until recently. Well not legally i suppose. I always had the option to do this through underground means, but it was never something i ever considered. Real money trade just isn’t my cup of tea. It defeats the purpose of the game for me. So what changed? The option to do so legally i suppose.

Then i started thinking if this is something i want to do this once or whether i’ll always be keeping this in mind for any future BoE’s. I have no issue trading gold for tokens as I’ve already done for this upcoming month. My worry is that this option will somehow affect my choices moving forward in a negative way. I don’t want it to and i certainly won’t allow it to, but it still concerns me a bit.

The item in question is the Blackrock Bulwark. It’s perfect for my Protection Warrior’s tanking transmog set. I can also use it as an actual upgrade, which again is another positive. The issue is of course that i never play this spec so i feel it would be wasted sitting in my bag taking up space. The going rate on my server for this is 22-25k, which is also the going rate for the token. I’m not exactly swimming in gold since i’m still relatively new to the game, but i’m also not in dire need of any as well. Still, who doesn’t like free game time right

My opposition to selling it is the fact that i love collecting transmogs. It’s half the game for me at this point, when i’m not raiding or farming mounts. I also already have the Bulwark of Azzinoth as my main shield transmog. It’s basically a lower res version of the new shield and the go to shield for every damn warrior in the game. While it is pretty much the same model, it’s definitely less visually appealing than the new one. I, at least, notice the huge difference right away. To sell, or not to sell, that is the question. Its is a pickle. Hopefully it doesn’t start a trend for me. 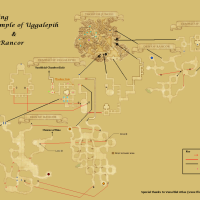