It’s been quite a long time since i last made a transmog post. Playing dress-up is probably one of my favorite activities in any MMO i happen to be playing. That sounded way manlier in my head but whatever, it’s fun and i make no qualms about enjoying it. Most of my collection time is spent on my DK and the many sets i’ve acquired for him, but i have other classes i enjoy collecting sets for as well. Some are better than others of course and some are just flat out ugly. 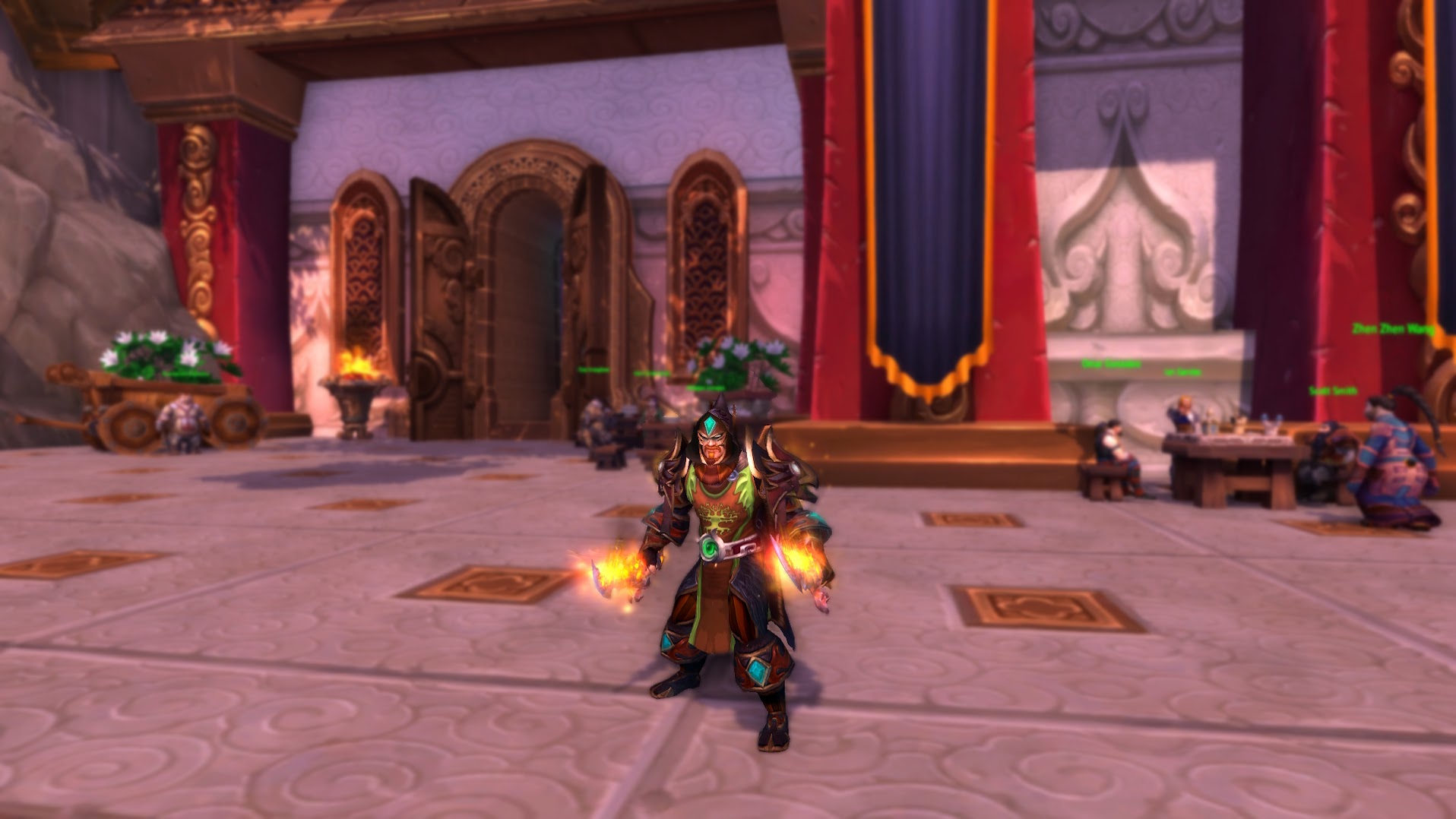 One of those is classes is my rogue. Since it’s my most recent level 100 project, i’ve not had the time to really delve into the numerous sets available for him. So far i’ve managed to collect one set for him but it happens to be my favorite so all is well. The majority of the transmog is basically the tier 12 normal set, minus a few pieces from random locations. Luckily most of the set, including weapons, is from Firelands, which i frequent anyways for my gold making endeavors.
I’d say the only difficulty i had with this set was the boots which took a few months of farming before  finally dropping. I’m officially either a bird of some kind or an agile ninja warrior with crazy gymnastic moves like Jonathan Cabot. I’m a bit less cheesy though. At least that’s what i try and tell myself. Complete list below!

Eastern Trainer: There are many sounds around us, each is slightly different. So small as to go un-noticed by the person who is unaware. Do not hear the wood split. Hear the only sound of axe, cutting air. Read the air itself. It has much say to you. – Gymkata (1985)