Going through my daily readings, i was reminded by Massively that we’re coming up on the ten year anniversary of the now infamous NGE debacle. I unfortunately can only look at this from an outsider point of view since i never played SWG before that time. I was too busy camping world spawns and sinking way too much time into FFXI to be bothered with any other MMO’s at the time. It was an era of pick one MMO to play or risk falling behind with no catch up mechanics. It was both a marvelous time as well as a soul crushing time as well. That balance is what kept me going.
Having read through every piece of info i could find over the last decade, i feel more comfortable forming an opinion of said debacle. I don’t want to beat a dead horse here so i’m not going to go through every aspect. I’m sure everyone is fully aware by now of the whole story and what went down. Hell, i actually agree with some of the changes, as i feel they improved certain aspects of the game. Those changes were of miniscule proportions compared to the larger game changing ones. The ones that fundamentally changed the core ideology of the game. 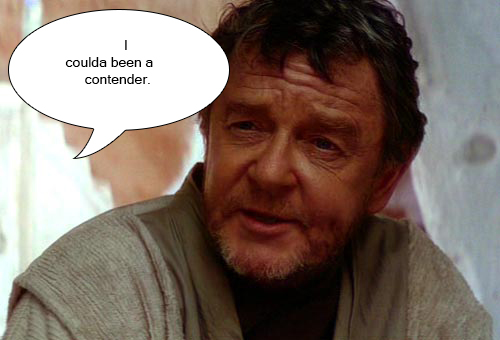 I’m going to quote the senior director of the game from a NYTimes article from 2005 that i feel is the number one cause of all of the hatred thrown at the change. One that’s completely justified from a fans perspective. One that i’d have been all over at the time had i been a part of the community. One that still has me shaking my head.

“We really just needed to make the game a lot more accessible to a much broader player base,” said Nancy MacIntyre, the game’s senior director at LucasArts. “There was lots of reading, much too much, in the game. There was a lot of wandering around learning about different abilities. We really needed to give people the experience of being Han Solo or Luke Skywalker rather than being Uncle Owen, the moisture farmer. We wanted more instant gratification: kill, get treasure, repeat. We needed to give people more of an opportunity to be a part of what they have seen in the movies rather than something they had created themselves.”

You can’t get much more clear that that. It pretty much said everything about the game moving forward. The problem, of course, is that the majority of the playerbase at the time were Uncle Owens and enjoyed all the complexity the game had to offer. This was a case of a studio not knowing their own player base they already had and trying to pull in more players by changing the game into something it never was in an attempt to capitalize of the newly formed juggernaut from Blizzard. A perfect example of what not to do and one that i’m sure books have been written about since. Even Chris Knight would have a hard time being cynical about this one.

Chris Knight: You didn’t touch anything, did you?
Mitch: No.
Chris Knight: Good. Because all of my filth is arranged in alphabetical order. This, for instance, is under ‘H’ for “toy.”
Mitch: What is it?
Chris Knight: It’s a penis stretcher. Do you want to try it?
Mitch: No!
Chris Knight: I’m just kidding. It’s yet another in a long series of diversions in an attempt to avoid responsibility. – Real Genius (1985)