I’ve been doing a lot of farming in Silverwastes this week in hopes of acquiring all the materials i need for my ascended armor set. As i joined large group after large group, i started to form a post idea in my head about how this current system works or doesn’t work for me. I unfortunately waited a day too long and Bhagpuss beat me to it! Not only did he beat me but he made a much better post than i possibly could have. What a bastard! I’m running out of ideas here you know.

I wanted to talk about how much of a fan i am of grouping and how much i dislike doing it in GW2. I think the problem i have is much bigger than the game and its limited reasons for even doing so. Aside from dungeons and raids, there really isn’t a reason to group and i dislike that very much. That’s not to say there aren’t advantages for doing so, especially in WvW, but the benefits aren’t enough for my liking. I’m basically playing solo while randomly buffing people around me and on occasion reviving a downed player. It’s not how i enjoy playing but i won’t knock GW2 since it’s been designed like this from the start. I knew what i was getting and not getting.

Despite being in a large group, i find that everyone just does their own thing without consequences. No one really works together until a champion or some meta boss comes out. I suppose no one really has to but that’s the point and the problem in my eyes. Again i’m not saying it’s a problem in GW2 since that’s how the game was built, but overall genre wise, i don’t like the path we’ve gone down. MMORPG’s today feel like a crowded street where everyone is staring at their cell phones not noticing anyone else. Did we do this or did the devs lead up down this road. I feel that’s a loaded and complex question for another day. 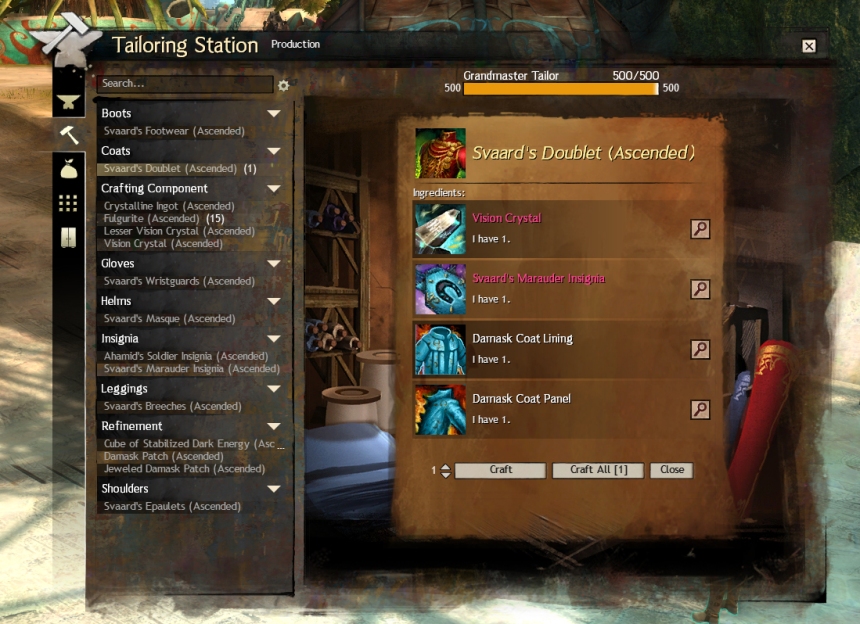 Instead, i’m happy to say that my Silverwastes solo-grouped farming has brought me to 4/6 ascended light armor pieces. All i have left to complete my set are my shoulders and pants. Not really bad at all for the short amount of time i’ve been playing my Reaper. I’m hoping to finish off my set in the next week or so, depending on play time, and then i’ll get back to unlocking more maps and story content. I haven’t even been to the last 2 or 3 living world zones so that has to change!